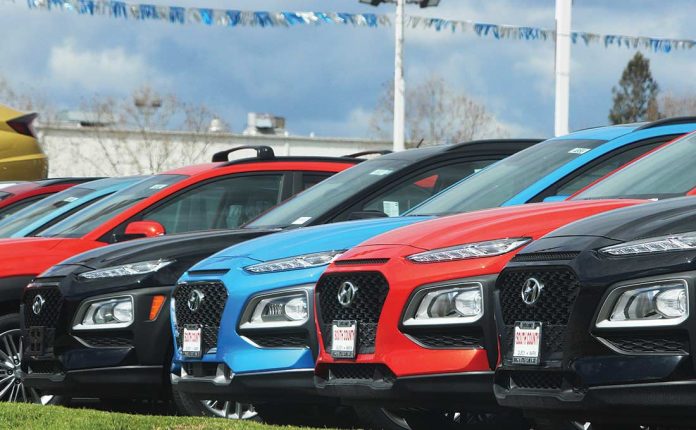 City officials are working on a plan they hope will give Gilroy a competitive edge in attracting new auto dealerships.

The Gilroy City Council on Jan. 25 directed staff to develop details of an incentive program that would be considered at a future meeting. Councilmembers Rebeca Armendariz and Zach Hilton voted against the concept.

Senior Management Analyst Trevin Barber said an incentive could include rebating city fees over a certain time period for newly constructed dealerships. The city could also rebate a percentage of sales tax over a certain period as well.

Barber pointed to vacant lots in the Gilroy Auto Mall to illustrate a need for incentives, while Forbis added that other cities in the region, such as Morgan Hill, offer such a program.

“One thing that is needed is an incentive to help spur that development,” Barber said. “We’ve received interest from potential auto dealers for an incentive.”

Armendariz questioned the need for the program, adding that other industries in the city don’t receive similar incentives.

“I see a couple of vacancies, but we have a good variety of dealerships,” she said. “I don’t see why we would need to incentivize it further.”

Councilmember Fred Tovar said the city needs to lure new dealerships to Gilroy rather than setting up shop elsewhere.

“It’s a great way to attract more auto dealers to Gilroy so we can increase our tax revenue,” he said. “This gives us some ammo to say, ‘this is what we can offer you, come to Gilroy.’”

Also during the meeting on Jan. 25, the council unanimously agreed to move forward with banning smoking in all city parks.

Gilroy, Mountain View and Los Altos Hills are the only three cities in the county that have not completely banned tobacco usage in their parks, according to a July report by the Santa Clara County Public Health Department.

An ordinance to ban smoking will be brought back to the council at a future meeting for consideration.