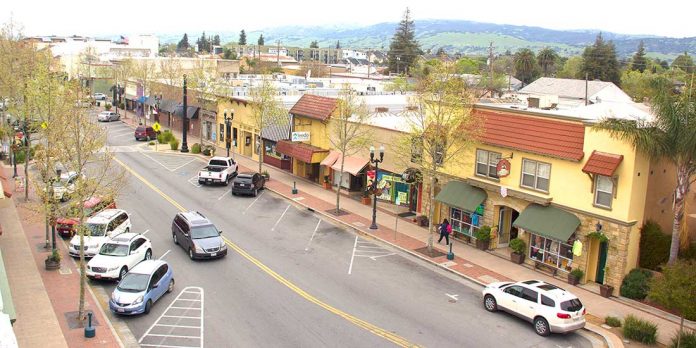 ‘Jumpstart Downtown’ campaign gets underway in 2023

Business and city leaders have embarked on a “Jumpstart Downtown” campaign this year that plans to clean up blight along the Monterey Street corridor and assist property owners with reduced permitting fees.

New businesses slated to open this year include a group of breweries and taprooms, as well as a renovated Gilroy Bowl. In addition, a new parking lot is nearing completion at the corner of Seventh and Eigleberry streets, which city officials hope will be consistently filled with downtown visitors.

However, plenty of work still needs to be done, as a recently completed survey didn’t reveal anything new, but rather, reiterated the general feeling about downtown among many residents: aesthetics, lack of business options and safety remain some of the top concerns.

The city received 677 responses to an online survey that was distributed from Oct. 3 to Dec. 14, according to Senior Management Analyst Bryce Atkins, who presented the findings to the council on Jan. 9. The non-scientific survey, meant to capture a general consensus of the downtown area, featured 22 questions as well as an open comment section.

Nearly all respondents to the bilingual survey answered in English, with 90% stating they live in Gilroy, and 86% saying they are downtown customers. Five percent of respondents were downtown residents, with 3% each for downtown workers and business owners, and the remaining 1% being property owners.

The majority stated they felt safe traveling through downtown in a vehicle, as well as walking from parking lots to shops. However, bicyclists said they felt less safe, as did pedestrians walking from the Gilroy Transit Center.

Three-quarters of business owners in the survey stated having attractive streetscapes and storefronts would help improve customers’ experiences downtown, while a majority felt more outdoor dining and events would be helpful as well.

Survey commenters all had different opinions on how to improve downtown, Atkins said, with many being opposite of each other. For example, some felt that downtown has too many alcohol-related businesses, while others say it needs more.

The 234 respondents who provided additional general comments included the usual Whole Foods and Trader Joe’s hopefuls, as well as many who said more family-friendly restaurants are needed downtown.

Business variety was a top response, and some said recent additions, such as Tempo Kitchen & Bar, The Neon Exchange and Caldwell’s Comics and Cards were a good first step.

Many said Gilroy needs to create a downtown that is similar to neighboring cities, such as Morgan Hill, Hollister and Campbell.

“I would visit downtown Gilroy more often if they have a bigger variety of shops and food,” one respondent wrote. “Buildings need a facelift to look more inviting. It looks rundown and not up kept like our neighboring downtowns which I spend more time at. When it looks unkept it feels ghetto and unsafe. I am not at all comfortable downtown without my husband with me, especially in the evening/nighttime.”

“The businesses that thrive in downtown are those that serve the—mostly Latino/Hispanic—neighborhoods around downtown,” another wrote. “Why fight this? Embrace it!”

Atkins said the “Jumpstart Downtown” endeavor includes creating facade improvement and downtown building fee reduction programs, both of which are scheduled to be presented to the council on Jan. 23.

The council approved $100,000 in October toward beautification and lighting improvements downtown, with planning currently underway.

Also in the works is a “pop-up park” on the grass lot adjacent to the Gilroy Center for the Arts.

Councilmember Carol Marques said the city needs to develop an ordinance that requires building owners to remove “unsightly” plywood from the front of their vacant structures and make them more inviting to visitors, such as adding art in the windows.

“We have some buildings that have been boarded up for over a year, some for 15 years, some over 20 years,” she said, adding that a few are only being used for storage. “That’s unacceptable for downtown.”

Atkins said the next survey in the summer will also be distributed in a paper format as well as through organizations that serve a primarily Spanish-speaking population, to get a larger sampling of the community.

Jeff Orth, chair of the Gilroy Downtown Business Association, said that while the survey was helpful and validating, the responses were “not terribly surprising.”

The GDBA plans to distribute its own survey soon to gauge the downtown climate. That same survey will be distributed again at the end of the year to see if events and programs by the GDBA and city over 2023 have made a difference, he said.

“What we’re looking for is signs of improvement,” Orth said. “We’ll either win, or we’ll learn.”