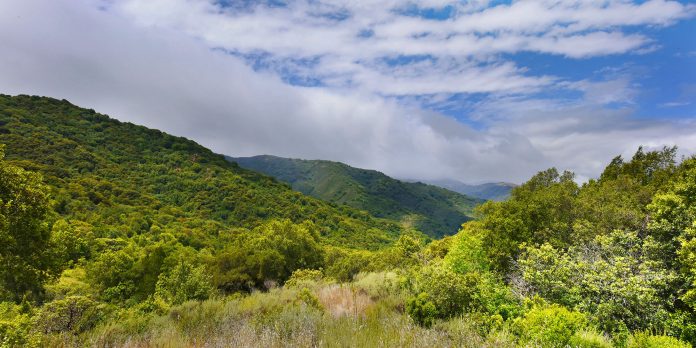 This provides opportunities for connecting recreation options across the two preserves, while securing wildlife habitat and expanding a protected corridor between Highway 17 and Coyote Valley.

The property, known locally as “the Punch Bowl” because of its bowl-shaped terrain, is now permanently protected as open space, the trust said in its announcement.

It borders properties in Barrett Canyon that were protected earlier this year and was purchased for $400,000, funded in part by a $130,000 grant from the Gordon and Betty Moore Foundation. The trust and the authority are funding the remainder.

The land was previously under private ownership, according to today’s announcement. Entirely undeveloped, it features diverse topography and native habitat, including serpentine soils, coast live oak woodland, California bay laurel forest and the headwaters of Barrett Creek, which flows to Almaden Reservoir.

The property is now owned and managed as part of its Rancho Cañada del Oro Open Space Preserve. With this acquisition, the authority said it gains more contiguous management of a critical fire break that helped control the 2016 Loma Fire. The Authority will partner with Midpen to eventually establish trails across the property to connect to an existing network of 37 miles of trails across both Rancho Cañada del Oro and Sierra Azul, including the popular Bay Area Ridge Trail.

“This acquisition is the latest piece in the puzzle of creating effective landscape linkages across the Peninsula and South Bay for wildlife and for people,” said Walter T. Moore, president of the trust. “We are grateful to the Authority as an essential partner in creating a network of protected lands where nature and people can connect and thrive.”