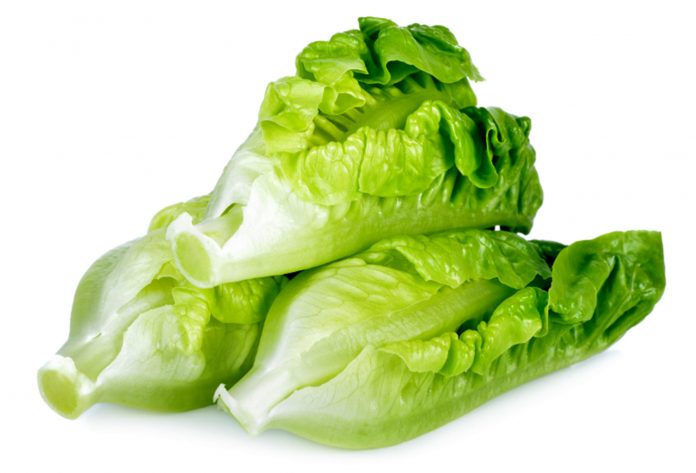 Lettuce growers along the Central Coast, including San Benito County, were in the cross-hairs of federal investigators Monday, Nov. 26, less than a week after the government warned consumers, grocers and restaurants nationwide to destroy all romaine lettuce.

In a statement, the U.S. Food and Drug Administration said Monday, “Based on further discussions with the leafy greens industry and with agricultural authorities, we have begun to narrow the location in which we believe the contaminated romaine in the current outbreak was grown.”

“At the time of the outbreak, the vast majority of the romaine on the market was being grown in the Central Coast region of California.”

As of Nov. 26, an outbreak of E.coli has resulted in 43 people becoming ill in 12 states—including 10 in Southern California, the FDA reported. The last reported illness onset date was Oct. 31, and an additional 22 people in Canada have become ill, according to health authorities.

The Central Coast region, which grows up to 70 percent of all U.S, lettuce, dodged a bullet in April when a similar outbreak of the intestinal infection prompted the removal all romaine lettuce grown in Arizona, just prior to the season’s first local lettuce harvest.

This outbreak came just after the last local lettuce harvest, and before the romaine harvest in southern California, Arizona and Florida.

The FDA on Nov. 26 announced new steps to help consumers better identify where their romaine is grown through voluntary labeling.

In San Benito County, romaine lettuce is the second biggest crop in terms of tons, nearly 50,000 tons per year, and in terms of crop value, approximately $33 million, according to the most recent county crop report.

In neighboring Monterey County, romaine lettuce had a crop value of $665 million in 2017.

In terms of annual eatings per capita in the U.S., lettuce salads rank second only to potatoes. In 2015, the annual consumption of all types of lettuce was 24.5 pounds per person, of which 45 percent was leaf lettuce.

The FDA said it is working with the Centers for Disease Control and Prevention and state authorities in its continuing investigation of the infection, called specifically E. coli O157:H7.

Earlier in November, the FDA announced a series of public meetings—the first to be held Thursday, Nov. 29 in Anaheim—to discuss proposed draft rules recently published in response to the April E.coli outbreak.

The rules were created to help farmers meet the requirements of  new public safety rules that establish mandatory science-based, minimum standards for the safe growing, harvesting, packing, and holding of fruits and vegetables grown for human consumption. These standards are designed to work effectively for food safety across the wide diversity of produce farms.

The new outbreak increases public pressure in support of the rules, which have been opposed by the American Farm Bureau Federation. Farms covered by the proposed rule will be held to certain standards designed to reduce the presence of potentially dangerous bacteria in the food supply, with the ultimate goal of reducing the number of illnesses caused by contaminated produce, to keep food safe for consumption.

In January, President Trump announced he was suspending clean water rules enacted by President Obama. In August a federal judge in South Carolina issued an injunction to block the Trump administration’s move to delay the rule, which had been intended to prevent pollution from being released into bodies of water like creeks, lakes and streams.

The FDA made its Thanksgiving week request because at that time it had not identified a likely source for the outbreak, and knew only that the contamination was E. coli O157:H7, and that “a market withdrawal was the fastest way to remove potentially contaminated product.”

The romaine lettuce industry agreed to comply with the FDA’s request to withdraw any romaine lettuce on the market on that date. “Available information suggests this action was effective in removing potentially contaminated romaine lettuce from retail establishments,” the FDA said.

The involved areas include the Central Coast growing regions of central and northern California.

The FDA is continuing what it calls “tracebacks” of romaine lettuce from locations where impacted consumers purchased or consumed romaine lettuce before they became ill in order to identify specific locations that are the likely source of the outbreak and to determine the factors that resulted in contamination.

The E. coli O157:H7 strain causing the outbreak is similar to one that produced an outbreak of in the fall of 2017 that also occurred in the U.S. and Canada, which was associated with consumption of leafy greens in the U.S. and specifically romaine lettuce in Canada.

The primary winter producers of romaine and other leaf lettuce are in the California desert region of the Imperial Valley, the desert region of Arizona in and around Yuma, and Florida. Romaine lettuce grown in Mexico is exported to the U.S. during the winter months. Smaller quantities of romaine lettuce are grown in other states, according to the FDA.