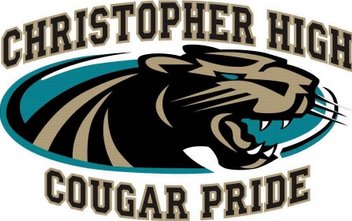 Christopher bows out of CCS playoffs

Christopher’s playoff win drought will continue until at least next season.
The Cougars fell 24-26, 25-20, 25-19, 27-25 to San Mateo to bow out of the first round of the Central Coast Section volleyball playoffs for the fifth straight time.
CHS finishes the season 14-18 overall and 4-8 in the Gabilan Division after falling to the Bearcats.
The good news for the Cougars is how much experience some young players received Wednesday night.
Christopher had nine underclassmen in its lineup for the Central Coast Section Division II playoff opener.
“They fought hard, they played their game, and they showed up. The score just didn’t go our way tonight,” said assistant coach Ramon Rodriguez filling in for Brian Calimpong, who had to be out of town Wednesday night. “Sometimes that’s just what happens in this sport. I’m super proud. We built up to this moment and we did the best we could and I couldn’t be more proud of them.”
Two of the Cougars biggest hitters against San Mateo are both sophomores, including standout Maya Tabron who had 10 kills, four blocks and two aces.
Teammate Allison Duross also had 10 kills, three blocks and two aces.
The problem was Christopher’s dynamic duo couldn’t match the attack of San Mateo’s big three.
Emily Savage had 19 kills, seven blocks and four aces. She was followed by Alexa Carreon who had nine kills and four blocks and Lexus Kato-Lagumbay had seven kills and six aces.
Those three proved deadly as Christopher was on the cusp of breaking loose in all four of the sets before Savage, Carreon and Kato-Lagumbay got going.
“To their credit, they had a lot of beasts out there. It wasn’t just one person running the show,” Rodriguez said. “They had a lot of different girls that did a lot of mixing it up and kind of throwing us off a little bit. I didn’t notice one person; I noticed quite a few.”
The Cougars survived the initial barrage from the Bearcats in the opening game, overcoming an 8-0 scoring run late in the first set.
Christopher led 17-13 in the opener after going on an 11-2 scoring run on the back of three Tabron kills, a Duross ace and a kill from Sydney Ogden.
But the Bearcats rode the serving of Kato-Lagumbay who had three aces in the stretch.
The Cougars rebounded with a 9-3 run capped with Amanda Catanzaro scoring an ace for the final point.
It looked like Christopher would keep the momentum rolling, going up 4-1 early and 11-9 midway through the match.
San Mateo stole back the lead, going up 14-11 behind two kills from Kato-Lagumbay before Christopher went on a 9-4 scoring run.
However, after taking a 20-18 lead, the Cougars couldn’t break the Bearcats’ serve.
San Mateo’s Melody Shao served the Bearcats to a 7-0 scoring run to close out the set and tie the match at one.
The third set proved to be Christopher’s worst, but even then, the Cougars had opportunities.
Despite an early deficit, the Cougars forced San Mateo into mistakes and eventually tied the set at 12-all.
But from that point, San Mateo out scored the Bearcats 13-7 the rest of the way, including two aces from Kato-Lagumbay, an ace from Savage to go with three kills.
The Cougars went down fighting in the fourth set, taking a quick 10-4 lead behind the serving of Jackie Patane who had two aces, along with an ace and a block from Duross.
But Savage led San Mateo on a 6-0 scoring run behind two aces.
“A seven point lead, a five point lead, that’s a small gap. It’s pretty easy for a lot of teams to come back and it’s easy for teams to give up points,” Rodriguez said. “Yeah I was bummed, because seven points that’s a good lead. But when they came back I was like, OK, now we’ve got to play our game.”
Christopher responded with kills from Ogden and Tabron along with an ace from Catanzaro to take a 22-19 lead.
That’s where the match flipped.
San Mateo tied the set at 22-all and simply outlasted Christopher.
The Bearcats eventually went up 24-23, but a pair of errors put the Cougars on the brink of forcing a game 5.
But after taking a 25-24 lead, Christopher couldn’t score again.
A two-hit foul, a Savage kill and a ball that sailed out of bounds allowed the Bearcats to advance to the next round of the playoffs.
The future appears bright for Christopher, who has the pieces in place to make a run next year and the years to come with a solid core of young players who appear to be ready to make that turn.
Rodriguez said he was excited to see how the players progress through the club season and get geared up for a run next year.
He said he doesn’t want to get caught up in wins and losses, but wants to make sure he sees improvement from the girls from one day to the next. Once that happens, the wins and accolades will come.
“I am so excited for next year. Just the progress from this year, I can tell the girls are improving. There are a lot of young ones and this year and club they’re just getting better,” Rodriguez said. “Next year is going to be special. I have a lot of hope in this team.”