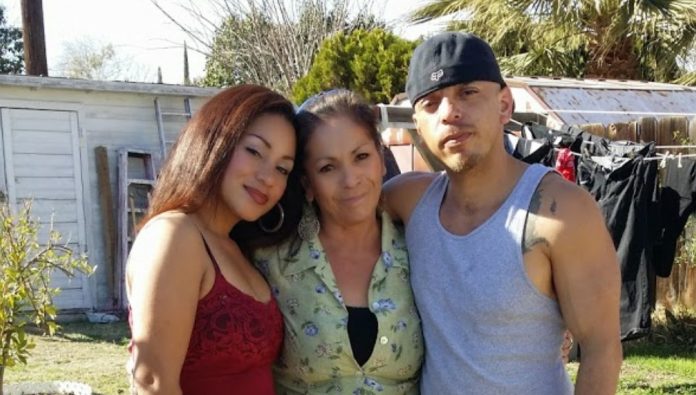 Almost one year after Steven Juarez died in Gilroy police custody, the district attorney’s office has concluded that officers acted lawfully in detaining and using force on the 42-year-old local man, while acknowledging that force contributed to his death.

The county medical examiner’s office found that Juarez died from “severe drug intoxication complicated by his exertion to escape arrest and the police officers’ less lethal efforts to detain him,” reads a Feb. 22 report compiled by Santa Clara County Assistant District Attorney Brian Welch. The report describes Juarez as a “methamphetamine-high man who was terrifying residents with his bizarre behavior” the night of his death Feb. 25, 2018.

Download the District Attorney Report on the death of Steven Juarez.Download

The DA’s 43-page report on Juarez’s death includes details of interviews with officers and witnesses of the Feb. 25 incident. It was released with body camera footage from one of the officers who responded to the disturbance report.

Juarez, known to friends and family as “Stevie,” died after a struggle with Gilroy police officers who used a variety of force techniques—including Tasers and a carotid hold—to detain him. The incident occurred at about 10pm on the 7400 block of Chestnut Street in Old Gilroy.

A “terrified” woman who lives on the street called 911 to report that a man fitting Juarez’s description was lurking on her property, the DA’s report says.

Gilroy police officers arrived, and Juarez fled as soon as he saw them, according to authorities. Juarez leapt over fences and hid on the roof of a shed and a nearby house in his efforts to evade police on foot. When Gilroy Police Officer Jason Greathead confronted Juarez, he refused commands to stop running, at which point Greathead used a Taser on him “to little effect.”

Other officers tried to handcuff Juarez, who continued to fight with police, by using a Taser again and other restraint techniques, reads the DA’s report. Finally, Greathead used a carotid artery hold on Juarez, rendering him unconscious. Juarez was pronounced dead on the way to the hospital.

A total of seven Gilroy police officers ultimately participated in Juarez’s arrest: Ellsworth, Greathead, Michael McMahon, Chris Silva, Martin Beltran, Diana Barrett and David Ludden. Two of the officers—Greathead and Ludden—did not turn on their body cameras in time to capture footage of the incident and their response, according to the DA’s Feb. 22 report.

Gilroy Police Chief Scot Smithee this week broke his yearlong silence on the Juarez investigation. “This report concludes a difficult time for all concerned. Any time there is a loss of life, it’s always a tragedy, regardless of circumstances,” Smithee said in a press release.

Welch’s report notes that Juarez had a history of confrontation with Gilroy police, and had a felony warrant out for his arrest at the time of his death. He had “violently resisted arrest numerous times” before the night he died. In one past incident, Juarez dragged a police K9 who was biting him, breaking the dog’s tooth.

The DA’s office also noted that on the night of Feb. 25, 2018, Greathead recognized Juarez from previous police contact and feared he was trying to pull a hidden weapon from his clothing. Police later found a knife in his back pocket and possible burglary tools in his jacket, according to the DA’s office. Gilroy police previously reported that Juarez also had methamphetamine on him at the time of his death.

Juarez is survived by five sons. His family in August 2018 filed a claim for damages with the City of Gilroy in relation to Juarez’s death. The claim, which the city denied, alleged that officers unlawfully detained Juarez and used excessive force during his arrest. Family members have said that Juarez was well-known and generally liked in the Chestnut Street neighborhood, and have questioned whether he was really causing a disturbance before police were called the night he died.

The DA’s office investigates all fatal law enforcement encounters in Santa Clara County to determine if the force was legal. Officers are legally allowed to use a variety of “reasonable” use of force techniques when arresting a suspect who is resisting, the DA’s report noted.

Greathead, the officer who applied the carotid hold on Juarez, had been previously trained to use the technique, according to the DA’s office.

A three-minute clip from Ellsworth’s body camera video released with the DA’s report was the clearest of all the responding officers’ footage, Welch said. He reviewed all the involved officers’ body cameras of the incident as part of his investigation. Due to the nighttime darkness, other footage was not clear enough to provide a distinct picture of what happened, Welch said.

The graphic, profanity-laden video shows numerous officers surrounding and on top of Juarez—a 160-pound man—in front of a home on Chestnut Street at the end of the foot pursuit. The officers were unable to pull Juarez’s arm out from under his body, and repeatedly tell him to stop resisting and reveal his hands. The DA’s report described Juarez as exhibiting extraordinary strength and seemingly “oblivious to any kind of pain” due to his level of meth intoxication.

The clicking sound of a Taser can be heard several times during the video. An officer can be seen hitting Juarez with the butt end of a baton more than a half-dozen times.

“I’m going to hit you again if you don’t stop (expletive) moving,” yells one officer. “You’re going to get Tased again,” exclaims another.

Juarez can be heard screaming profanities at the officers while they attempt to handcuff him. At one point Juarez yelled, “Please help me!”

Toward the end of the video, an officer announced he was going to apply a carotid hold. About the same moment, Juarez went silent. Officers then applied handcuffs to him.

Juarez had been tased six times by multiple officers before Greathead applied the carotid hold, according to the DA’s report.

Seen briefly in the video is a puddle of blood where Juarez had been prone on the ground.

Welch wrote in his report, “Juarez’s behavior demonstrated a determination to resist and flee the police at any cost. There is no evidence that any officer intended to cause Juarez’s death, and there is no evidence that any officer acted with ‘conscious disregard for human life.’…The officers’ actions as captured on their body cameras and described for investigators were entirely focused on securing control of Juarez, whom the officers feared was holding a weapon under his body.”

Juarez’s cousin, Gilroy resident and activist Rebeca Armendariz, said of the Feb. 22 report, “Of course it’s not shocking. I’m not surprised the district attorney wouldn’t find anything; they never do. Their own brethren are never guilty of anything.”

The DA’s report includes a detailed legal analysis of the officers’ actions, reasoning that none would likely be found guilty of a crime under the circumstances.

Internally, none of the officers involved in the Juarez incident have yet been disciplined by Gilroy Police leadership. “We are still conducting an administrative investigation of the incident,” Gilroy Police Sgt. Jason Smith said. “These types of investigations can take an extended amount of time to complete.”

The Gilroy City Council on Jan. 23 approved a...