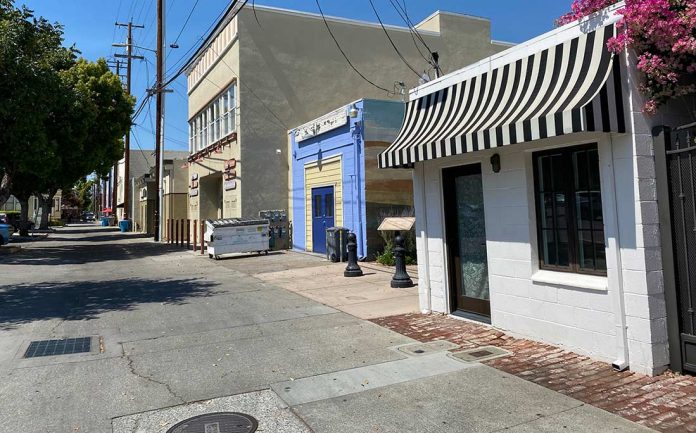 Editorial: Thrill on the Alley

With distanced outdoor dining all the rage, there’s never been a better time to roll out Gilroy’s long marinating Gourmet Alley project. The branded corridor, which runs between Monterey and Eigleberry streets from 3rd to 7th, has had its cool-sounding name for at least five years, but is missing some key ingredients—namely tables, food, people and some aesthetic upgrades.

Yes, cities move slow. In recent months, however, we’ve seen some municipalities really get cracking in response to the public health crisis. Nearby downtowns from Morgan Hill to Redwood City have moved with unprecedented speed to reinvent and reimagine sidewalks, streets, parking lots and driveways, reshaping them as inviting dining spaces with quickly deployed physical improvements.

The Gilroy Downtown Business Association has been working on an outline with sketches that will help communicate the vision. The Gilroy Dispatch is excited to be moving into the heart of Gourmet Alley next month and we hope to participate in the transformation. We have invested in this district because we believe in it and hope others will support it as well.

The city should embrace this initiative and expedite it by improving the common spaces. One specific item that should be on the top of the priority list is creating centralized, shared dumpster locations in the parking lots to get food waste out of the alleys and the containers away from the alley-facing entrances.

A second initiative would be to direct money available for undergrounding utilities to the core blocks of Gourmet Alley. The biggest economic impact can be achieved by concentrating resources in a strategic manner.