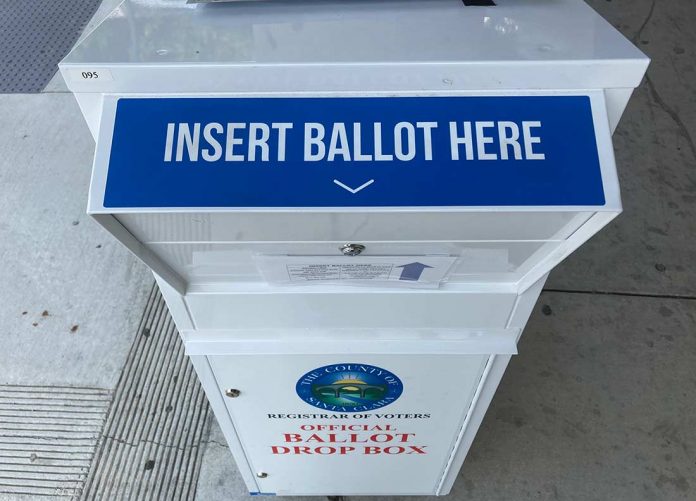 Election officials in Santa Clara County on May 9 began mailing ballots for the June 7 primary to the county’s one million registered voters, who will cast 2022’s first ballots in local and state races and on some ballot measures.

Elections officials reminded voters that ballots won’t count unless the return envelope is signed by the registered voter to whom the ballot was mailed, and the signature must appear similar to the original signature on the voter registration form.

Voters also can drop their ballots off at a Vote Center, where they also can vote in person. Voters can visit any location to cast a ballot. While voters are not required to bring Vote-by-Mail ballots to a Vote Center if they prefer to vote in person, it is strongly encouraged by elections officials.

The last day to register to vote in the June 7 primary is May 23. However, individuals registering or re-registering after that date, less than 15 days before an election, will need to complete a Same-Day Voter Registration process and request a ballot in person at the county elections office or polling location.

For information on registering, visit registertovote.ca.gov.

The Santa Clara Registrar of Voters’ office released an Election Administration Security and Integrity white paper May 5 to increase public awareness of the steps the office takes to safeguard elections.

The report aims to promote trust in the security, integrity and accuracy in the county’s voting process.

“We are committed to open and transparent elections, our doors are always open to observe election operations,” Registrar of Voters Shannon Bushey said.

Bushey’s teams will collect ballots from dropboxes Mondays, Wednesdays and Fridays through May 20, and daily after that until 8pm June 7.​

The 42-page report is available online at sccvote.org/security.

Who are the candidates?

Gilroy voters will choose the county’s next sheriff, district attorney, assessor and District 1 supervisor, with the top two candidates who received the most votes in each race heading to the November election. For a list of local candidates, visit bit.ly/3N10amI.

For a list of legislative and statewide candidates, visit bit.ly/3ywC2nV.

Voters can find online a voters’ guide and a sample ballot customized for their individual address. Sample ballots can be found at bit.ly/3sruXRD.

Voters are likely to find some surprises in their ballots because there are new district lines for the county Board of Supervisors, as well as state Assembly and Senate, and Congressional districts, based on the 2020 census.

According to Proposition 14 passed in 2010, California uses a nonpartisan blanket primary for its races.

All the candidates for the same elected office, regardless of respective political party, run against each other at once during the primary. The candidates receiving the most and second-most votes in the primary election then become the contestants in the Nov. 8 general election.

But the latest registration statistics released by California Secretary of State Shirley Weber show the continued decline of the Republican Party in the state and the steady growth of voters who declare “No Party Preference.” This potentially adds new measures of uncertainty in many races.

According to the April 8 report, the last before the primary, the total number of registered voters in California—22 million—is a record, up by slightly more than three million, from 2018. The percentage of eligible Californians registered to vote hit the highest rate in at least 20 years, to 81.6 percent compared to 75.7 percent in 2018.

Santa Clara County leads all counties in the state, by a significant margin, in the percentage of registered voters who stated no party preference, 28.3 percent.

Santa Clara County’s percentage of Democrats, just under 51 percent, was not among the 10 most Democratic counties, led by San Francisco with nearly 63 percent.