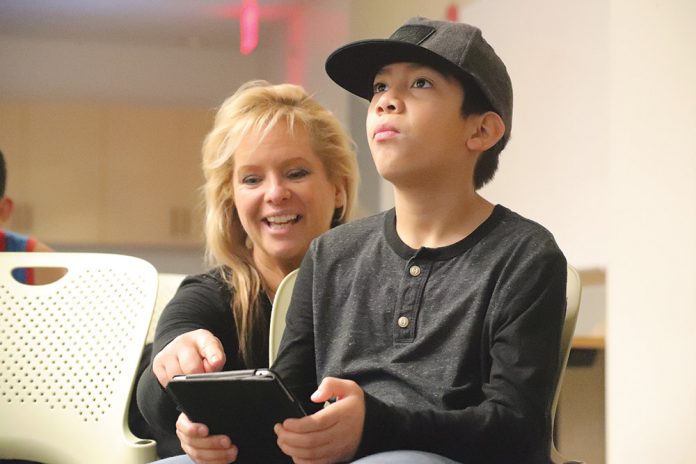 Young filmmakers ages 4-14 cultivated their artistic talents at Gilroy Library on Saturday, Jan. 19 as part of a three-week educational series, “Learn How to Make an iMovie” with the Poppy Jasper International Film Festival.

“We do it once a year, and this year we did for three weeks instead of two weeks,” said L. Mattock Scariot, director of the Gilroy/Morgan Hill film festival. “We have 60 kids this year between the two libraries.”

Scariot said they’ve partnered with Community Media Access Partnership in Gilroy to help the students make documentaries. During the workshops, the students had opportunities to interview and be interviewed.

“We had all these exercises to show who they were as people,” she added.

Scariot said the students edited their own versions, and festival straff will edit a longer version of the whole experience to screen at the April festival, which will include a youth and student film festival.

“We’ll do a block of youth films and then high school and college student films,” Scariot said. “They are a collection local and global filmmakers.”

Scariot said this year’s event spans five days and includes 10 events throughout the weekend with 23 two-hour blocks of films.

“Filmmakers coming from around the world,” Scariot said. “Fifteen industry professionals that are going to be part of three different workshop panels. Including women, industry and independent filmmaking panel and a distribution panel.”

Included in these panels, Scariot said, will be Zoe Elton, the programming director of Mill Valley Film Festival, who will be presented with an Icon Award during the festivities.

“She has an incredible background,” Scarlot said, adding that Mill Valley is “one of the biggest film festivals in the world, and she’s coming to ours.”

Scariot said the festival holds the educational programs throughout the year to help engage people in filmmaking and encourage them to  become filmmakers.

“It’s not just about creating a story,” said Scariot. “It’s about looking at themselves and others as the story.”