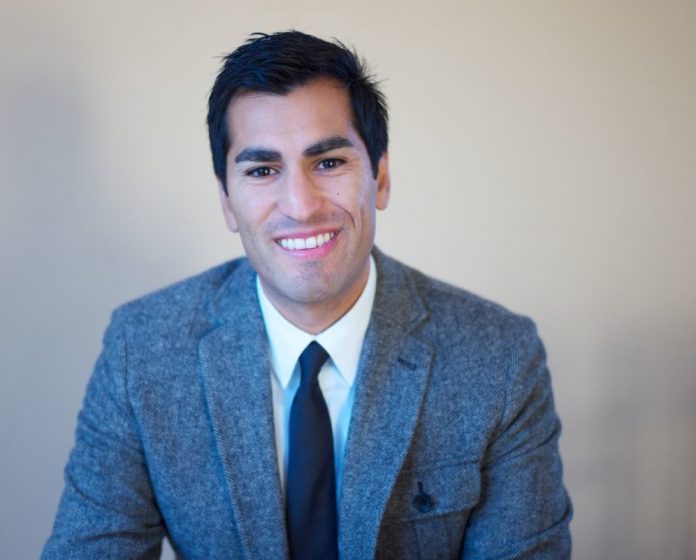 The state’s petroleum industry is spending $320,000 in the District 30 State Assembly race to defeat fundraising frontrunner Robert Rivas. The San Benito County supervisor hopes to succeed Anna Caballero, who is running for state senate this year and represents a district that stretches from Morgan Hill to King City and includes Watsonville and all of San Benito County.
The San Rafael law firm Nielsen Merksamer Parrinello Gross & Leoni, which counts BP, Chevron, Exxon Mobil, Phillips and Valero Energy Corporation among its clients, created the Coalition to Restore California’s Middle Class, Opposing Robert Rivas for Assembly 2018. It’s  the first time the industry has targeted a local official seeking higher office. Rivas was at the forefront of San Benito’s Measure J, which banned fracking in 2014 despite a $2 million push funded by large petroleum companies to defeat it.
San Benito was California’s first county to enact a ban on fracking and associated oil extraction technologies, including acid well stimulation treatments and cyclic steam injection; a similar effort failed in Santa Barbara after the San Rafael law firm led a $7.6 million campaign funded by large petroleum producers. Monterey and Santa Clara counties both passed anti-fracking laws in the wake of the San Benito win. This year, there’s a push in San Luis Obispo County to enact a similar ban.
Rivas is a Hollister resident who has been on the board of supervisors since 2010. His campaign decries the ads against him as misleading, negative and personal. Among other things, the ads criticize Rivas on public safety. Rivas is running against a fellow Democrat, former prosecutor and lawyer Peter Leroe-Muñoz, as well as Bill Lipe, whose campaign is funded by agricultural interests in the Greenfield, San Ardo and Salinas areas.
The primary is on June 5.
Rivas opponent Leroe-Muñoz, a Gilroy councilman, is on the same page when it comes to the contentious extraction process. “I do not support fracking,” he says.
Nielsen Merksamer attorney Steven S. Lucas is listed as the attorney of record for the political committee. He did not respond to phone calls and an email seeking comment.
The Nielsen Merksamer firm was instrumental in helping defeat Santa Barbara’s Measure P,  and the firm opposed the 2006 California Global Warming Solutions Act (AB 32), which aimed to reduce the state’s greenhouse-gas emissions.
“We advise our ballot measure clients on all aspects of campaigning,” the firm’s website reads, “from initiative drafting and filing, contesting ballot language and other pre-election litigation, observing and potentially contesting the final vote, and post-election substantive challenges.”
Rivas was on the campaign trail over the weekend and says he’s not surprised at the petroleum industry’s moves against him.
“That is unfortunately politics in 2018,” he says. “Being in this process for the first time, this Assembly seat is a regional office and it’s certainly been a unique experience, and it’s unfortunate that the oil companies have chosen to play dirty politics by attacking me personally with misleading attack ads and attempts to deceive voters. The fact that I took on the oil industry to protect the community against fracking—that’s why I am the subject of these attacks.”
Rivas believes that the attacks on him will only further toxify a Sacramento political climate that’s fraught with divisiveness. “The civility question—it plays to a larger concern as to why people have very little faith, have very little confidence, in elected officials and government in general,” he says, noting that the energy lobby never met with him during the Measure J push. “They viewed my position against fracking as against their interests.”
According to campaign materials, numerous officials, organizations and citizens have leapt to Rivas’ defense, including State Sen. Bill Monning, the Sierra Club and civil rights icon Dolores Huerta.
“Robert Rivas took a bold stand against fracking in San Benito County,” said North Bay Assemblyman Marc Levine, who represents San Rafael in Sacramento and pushed for a failed statewide fracking moratorium in 2012, “and oil companies want him to pay a price.”
“Fortunately, voters will have the last say.”
Rivas opponent Leroe-Muñoz also addressed the petroleum industry campaign against Rivas in an interview this week. “Obviously it’s an independent expenditure, so we have no coordination with them,” he says. Citing his law enforcement background, he says, “I can’t speak to what their thoughts or motivations are, but I think that what is important is that they are raising an issue around public safety. That’s an issue that many residents have raised with me in the district.”
The petroleum industry committee paid for a recent mailer which “addressed that issue in particular around Robert and public safety and cuts that he made while he was on the board of supervisors,” says Leroe Muñoz.
The Gilroy councilman has raised $80,898 in contributions, according to the contribution database on the California Secretary of State’s website, though Leroe Muñoz estimated his raise at $140,000 in a Tuesday interview. Supervisor Rivas has brought in $451,432, according to state filings. Lipe has collected $93,537 and contributed $55,000 of his own money to his campaign.
Leroe Muñoz, who supported a failed 2016 effort to develop 721 acres of North Gilroy farmland into a 4,000-home development, has received contributions from Gilroy development services firm Ruggeri-Jensen-Azar & Associates, Summerhill Homes CEO Joe Head, Gilroy concrete firm owner Don Alvarez, Gilroy residential developer The James Group and Peninsula developer Skip Spiering.
Rivas draws much of his support from public employee unions, including teachers, nurses and municipal employees. Other contributors include state trial lawyers’ groups, Yelp CEO Jeremy Stoppelman and former Palm Inc. CEO Donna Dubinsky.
By Tom Gogola Pacific Sun