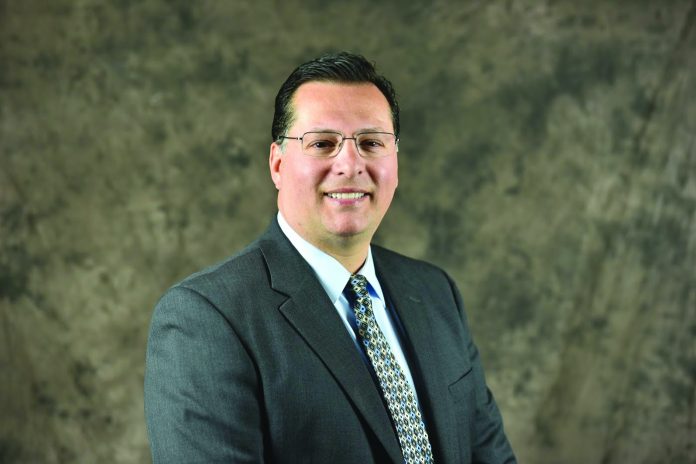 Mayor Roland Velasco announced Jan. 27 that he will not seek a second term in the November election.

“With much reflection, I had an opportunity over the last couple of months to talk with my wife about the time and energy it takes to be the mayor of Gilroy,” he said during a Gilroy City Council meeting. “Based on my conversations with her and others, I have decided I will not run for a second term as mayor.”

Gilroy native Velasco, 53, previously served on the city council from 1997 to 2007. He returned to the council in 2014, and won a bid for the mayor’s seat in 2016 after longtime mayor Don Gage resigned.

In 2018, Velasco, who holds a master’s degree in public administration from the University of San Francisco, left his job as an aide to Santa County Supervisor Mike Wasserman, saying he wanted to devote full-time to his role at City Hall.

“I’ve decided that it’s really more important for me to spend time with family than doing another four years as mayor,” he said.

Velasco was swept into office on the wave of support for Measure H, which established an Urban Growth Boundary for the city, and has been an advocate of slower residential growth. During his time in office, new neighborhoods continued to fill the foothills on Gilroy’s west side. The mayor was in the international spotlight during the media storm following the mass shooting at the Gilroy Garlic Festival on July 28, when he performed first aid on shooting victims before standing in front of cameras and reporters.

“The reason why I’m bringing this up now is I want the community to start thinking about how they might want to get involved,” Velasco added. “Whether it’s running for council or running for mayor, I want them to really be able to sit back and think about what’s involved with it and start talking to their friends and family and come up with a decision.”

The nomination period for candidates running for office in the November election opens July 13 and closes on Aug. 7. For information, visit tinyurl.com/u83vdru.