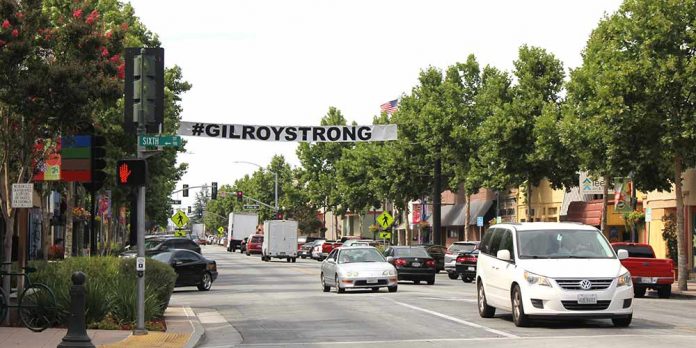 Time to say thank you

Quietly, organically and without delay, our community—and people who had never even visited our community—demonstrated by their selflessness and their gift-giving that humanity and compassion have the capacity to build bridges, join hands, make alliances, find common ground and share a common sense of purpose: to come to the aid of victims of unspeakable violence. If we build on that, the real legacy of “Gilroy Strong” could be realized. Finding common ground may be attainable neighbor to neighbor, in a local setting, to tackle the challenges that lie ahead of us.

We owe them a memorial

The pain of loss, the healing in grieving, the value in remembering should not and cannot be neatly put to rest under new topsoil and turf. The bloodstains will alway be there. The strength that builds a community after a tragedy of this magnitude also needs to be put to use to build a memorial to the victims at the scene of the tragedy. We owe them that.

If the federal government is serious about addressing this facet of the issue, then it should commit real resources toward healing minds and psyches rather than calling for more laws. Fund mental health programs. Enact sensible gun laws. Tone down rhetoric against the “others.” And promote antiterrorism initiatives to combat the rise of white supremacist violence. We know what we have to do. Let’s do it before the next flurry of headlines hits.

A gun-free society isn’t in the cards, but Second Amendment advocates must begin to promote responsible ownership so that weapons don’t get into the wrong hands. Sensible laws that provide for background checks and waiting periods, restrict high-capacity magazines and semi-automatic rifles and raise minimum ages for ownership of certain classes of weapons should be applied in states that make it too easy to buy weapons without proper safeguards. Semi-automatic weapons are not necessary for sport or personal defense. The United States has the dubious distinction of being the world leader in mass shootings, and 2019 is the worst year ever. We must reclaim our schools and churches, mosques and synagogues, music concerts and nightclubs, movie theaters, waffle houses and food festivals.

Ensuring that the next $700 million in Measure A money attracts as broad a pool of bidders as possible—by not creating too many restrictions—will be a good test. Micromanagement creates barriers to execution. The supes should focus instead on expanding the housing stock quickly and building as many affordable units as possible rather than getting hung up on who owns the land or gets the vouchers.

The county—an arm of state government—is barred by state employment law and the state Constitution from honoring these labor obligations. Surely the savvy Becerra knows this. But he can make powerful political points with organized labor by pressing their case right up to the last minute. That way he can say he did his best, in a cynical high-stakes gamble for political capital with more than 2,000 jobs and the health of thousands on the line. There is time to salvage this deal, time for our attorney general to open his mind and his heart to Santa Clara County and support the county’s hospital purchase plan.

At the Jan. 10 city council meeting, the council...
Letters

Letter: We have much to learn from Amah Mutsun

Naka Elelleh has told one side, an important side,...
Guest View