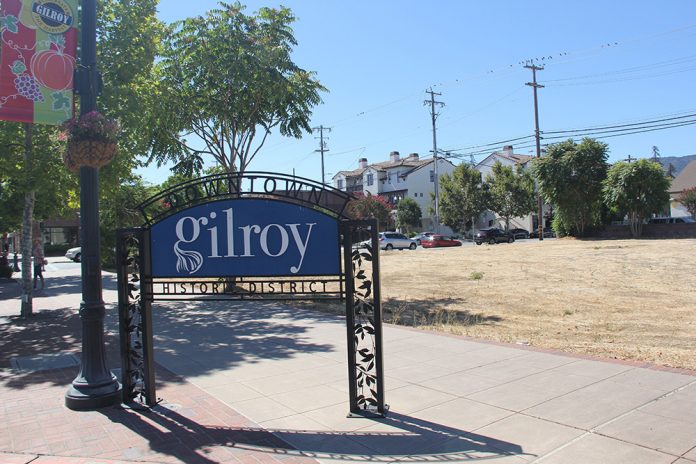 Candidates have plans for downtown

Businesses in downtown Gilroy have begun to show their support for City Council candidates, placing lawn signs in their windows. Candidates, meanwhile, are making it clear that the city’s sagging downtown is an issue they want to tackle, many of them with a hardline stance.

At a Sept.11 candidate forum hosted by the Gilroy Rotary Club, candidates were asked for their ideas to attract downtown business development. Several candidates surprised an audience filled with small business owners by floating the idea of taking properties from owners through eminent domain, in an effort to aggressively remake Monterey Street to make it more appealing to residents and tourists.

Downtown property owner Gary Walton, president of the Gilroy Downtown Business Association, said the idea of using eminent domain to spur development of idle properties is misguided. He dismissed the idea, saying that if the City Council knew how to fix the problem, “it would already be done.”

Walton’s association does not endorse candidates because it is a 501c non-profit organization. The Gilroy Chamber of Commerce was set to endorse a pro-business slate on Tuesday night, Sept. 18.

Councilmember Dion Bracco was the first to raise the idea of eminent domain, which governments can use in certain circumstances to buy property at appraised values for a public purpose. The practice is most often used for highways.

Bracco told the Dispatch that he envisioned eminent domain being a last resort for property owners who refused to upgrade their buildings to current earthquake retrofitting standards.

Candidate Reid Lerner, of Reid Lerner Architects, a Monterey Street business for 18 years, has worked with Walton and the association throughout his time as an architect. He called using eminent domain a “bad idea.”

“My perspective is different from other candidates,” said Lerner, “because I’ve actually fixed a building downtown.”

Lerner thinks eminent domain is a “politician solution” to the problem with downtown. “It’s never a good idea to take someone’s property.”

Lerner accused Bracco of selling his own property downtown instead of fixing it. Bracco denied Lerner’s statement, saying he had sold property that had been a tow yard on Luchesa Avenue that intersects Monterey back in 2012, but never owned property downtown.

Candidates Carol Marques, Tim Renggli and Tom Fischer as well as incumbents Daniel Harney and Bracco all told the Dispatch they supported seizing buildings that did not attempt to comply with city standards.

In a statement to the Dispatch Harney said, “I support the use of eminent domain against delinquent owners and to allow new investors to create new opportunities.”

Harney serves as the City Council representative on the Gilroy Business Association, and Fischer is the association’s representative from the Gilroy Planning Commission. Both candidates support some kind of eminent domain approach if building owners do not comply with building standards. Fischer called the practice a “last resort.”

In attempt to come up with a plan, Bracco said he has asked the council to put a discussion about downtown on the agenda. Bracco told the Dispatch eminent domain would be “the last course of action when all other avenues have been exhausted.”

In his vision, Bracco said he would like to start with two or three of “the worst buildings,” giving owners six months to take concrete action toward refurbishing them. At that point, Bracco said, the owners would be given a choice to sell their building to a private buyer or to the city.

Vacant unreinforced masonry buildings on Monterey Street were a recurring point of concern among candidates.

Incumbent Peter Leroe-Muñoz told the Dispatch, “We still have work to get those last buildings fixed and improved.”

Parking downtown was also on candidates’ minds when discussing downtown revitalization. Some candidates felt that increasing parking and even building a designated parking structure would draw more people to the downtown center.

Renggli and Harney supported building a structure, with Harney said the ideal site would be somewhere near Eigleberry and Sixth Street. In combination with renovating the Arts Center downtown, Harney said funding for a parking structure should be further explored.

“Our current plan for the art center seeks $3-4 million in funding while a downtown parking structure, ideally located on Eigleberry between Fifth & Sixth Streets, would require an additional $5-6 million,” said Harney. “I am supportive of exploring options to finance both these projects without raising taxes.”

Walton did not believe a parking structure was the answer, either. He said overbuilding parking in downtown areas could cause parking craters, spaces where “there’s nothing but parking left.”