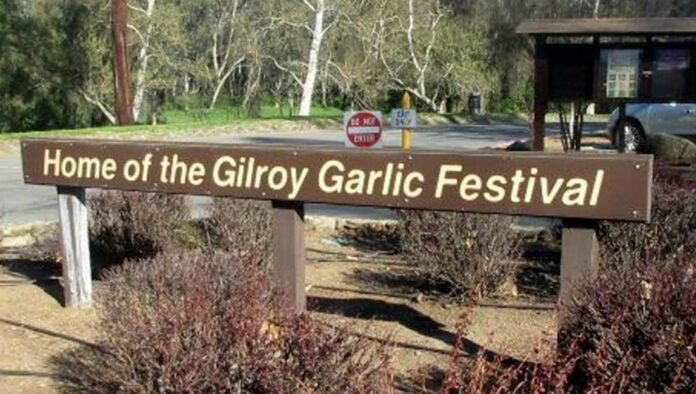 When the Gilroy Garlic Festival Association announced recently that it would not host its traditional event, longtime fans of the city’s iconic event took to social media to air their frustrations, with many pointing fingers at the City of Gilroy.

But soon after the Gilroy Dispatch published an opinion piece by Ken Christopher, who criticized how the city negotiated with the association, Mayor Marie Blankley released a statement on April 28, calling it “heartbreaking to see sadness and pain manifest in accusations and mudslinging against the City of Gilroy that is all of us.”

“We are the City of Gilroy, and we are better than this,” she said.

The Garlic Festival Association on April 21 announced it would not host its traditional event for the “foreseeable future,” citing financial issues and “prohibitive insurance requirements by the City of Gilroy.”

Christopher, the executive vice president of Christopher Ranch, which is a major supporter of the festival throughout its four-decade history, responded in the April 28 Dispatch column, saying Gilroy’s local officials fear lawsuits and liability.

“It seems to me that the City of Gilroy simply gave up on the Gilroy Garlic Festival,” Christopher wrote. “The Festival had a multi-decade partnership with the City, but now it seems that the City no longer wants to be a partner. In requiring outrageous insurance coverage for the event, our local officials put an end to something that means so much to so many.”

In her statement, Blankley said the demise of the festival wasn’t due to the 2019 tragedy that left three attendees dead, but the “pre-existing financial crisis and spending down of reserves that left a once robust Association now unable to pay insurance premiums for which no one otherwise would be questioning.”

“The importance of security and insurance is not determined by fear, as some have suggested,” she said. “It is determined by reality, a reality that hit us in our home at our beloved festival and forever changed us all.”

City Administrator Jimmy Forbis, in a column submitted to the Dispatch, wrote that most events on city property are required to have a minimum of $1 million in general liability coverage. The Garlic Festival, due to its size, has provided $6 million over the past decade, according to Forbis.

But that number had to increase due to the 2019 shooting, he wrote.

“Given the tragedy of 2019 and the 20 pending lawsuits in which the City of Gilroy is named and required to defend, the City’s insurance risk pool and legal counsel have communicated the need for increased insurance coverage to the amount of $10 million in general liability coverage going forward,” Forbis wrote. “This higher level of insurance provides protection for the City of Gilroy (taxpayers) related to this private event that takes place on City-owned property.”

Christopher said April 29 that it is “embarrassing” that the city has chosen to “ignore” the history of the festival that put Gilroy on the map.

“The mayor seems to be deflecting from the fact that they’re mandating extremely high levels of insurance, levels that are only required by the Gilroy Garlic Festival Association, and no other nonprofit,” he said. “The festival would’ve been financially successful this year if they were given access to Christmas Hill Park with the previous/standard insurance requirements.”

During the May 2 Gilroy City Council meeting, Councilmember Carol Marques suggested holding a public meeting between the city and Garlic Festival board.

“There has been so much that’s out there in the public that I don’t think there’s any transparency, because we’re not getting the full story,” she said. “I think we need to allow the public the right to hear a full discussion with everyone present on what is actually going on and why people have made the decision they made.”

The council unanimously supported the idea, and Forbis said he would invite the Garlic Festival Association to a public meeting in late summer.