Five more victims of the Gilroy Garlic Festival mass shooting—including the family of Keyla Salazar—have filed claims for damages against the city for death, injuries and other trauma suffered as a result of the incident.

A claim from a law firm representing the family of 13-year-old Salazar, of San Jose, accuses the city and other parties of failing to provide adequate security during the 2019 Gilroy Garlic Festival. Salazar was attending the festival with her parents the evening of July 28, 2019, when a gunman opened fire on the crowd.

“Keyla Salazar was shot while she was running to try to escape and died,” reads the Jan. 15 letter from the Law Offices of Richard J. Plezia to the City of Gilroy.

The Salazar family is seeking more than $3 million in damages, according to the letter, which serves as a notice of a claim against city officials.

“The County of Santa Clara and the City of Gilroy had a duty to provide adequate security but failed to do so,” reads the letter. “The security company that was hired failed to account threats posed to large events and provided inadequate and outdated security policies. The condition of the premises posed an unreasonable risk of harm to the Salazar family.”

The claim from the Salazar family and four other victims of the July 28, 2019 shooting appeared on the Gilroy City Council’s May 18 meeting agenda. The council unanimously denied the claims.

After the council’s decision, the victims may file lawsuits in Santa Clara County Superior Court.

In January, the council denied claims for damages from 12 other victims of the 2019 gunfire. Those included a claim from the family of 6-year-old Stephen Romero, one of three people killed in the July 28 incident. Five of the victims who filed claims in January also previously—in November 2019—sued the Gilroy Garlic Festival Association, the nonprofit that runs the annual festival.

The other four claims on the May 18 agenda were filed by residents throughout California who attended the festival on July 28 and suffered physical and psychological injuries, according to their claims.

The 2019 festival was almost over on its third and final day when 19-year-old Santino Legan opened fire on the crowd at Christmas Hill Park with a semiautomatic rifle. The gunfire killed three people—Salazar, Romero and 25-year-old Trevor Irby—and injured at least 17 others, according to authorities.

Legan died after he shot himself as Gilroy Police officers ran toward him, firing their weapons in an effort to end the massacre, according to police. Police and FBI investigators have said that the shooter entered the festival grounds by climbing a fence that surrounded the venue along Uvas Creek.

Irby’s family has not filed a claim against the city. Superior Court records do not list Irby or his estate as a plaintiff in any active civil complaints.

One of the claims on the May 18 agenda is that of San Francisco resident Rosetta Mullins. Her attorney from the Infinity Law Group stated in the claim that Mullins suffered injuries as she and other festival patrons scrambled to run away from the shooting as gunfire rang out.

Mullins’ claim lists numerous examples of lax security at the 2019 festival that “created a dangerous condition of public property and presented a substantial risk of injury to members of the general public,” reads the claim filed by attorney Ilya Filmus.

Another claim was filed by Eduardo Lopez Ponce and his daughter. Their claim, also filed by the Plezia firm, notes that Eduardo Ponce was shot when he attempted to shield his daughter from gunfire as soon as he heard the shots. He was shot in the arm, and both father and daughter were transported to the hospital by ambulance, according to their claim.

Also on the May 18 agenda was the claim of Veronica Henderson of San Ramon, who was present during the July 28 shooting. Henderson “suffered various physical injuries and severe emotional distress, including but not limited to her distress arising out of her being nearly struck by the bullet which impacted the person immediately adjacent to her at the Gilroy Garlic Festival,” reads her complaint, filed by the Ribera Law Firm.

Claimant Diana Clark of Long Beach cited “extreme emotional/psychological traumatic injuries” as well as “minor/moderate cuts and bruises from diving to the ground” in an attempt to evade gunfire at Christmas Hill Park July 28, her claim states. Her injuries are ongoing, according to the claim.

All five claims accuse the City of Gilroy of failing to provide adequate security during the 2019 festival, and allege that a fence surrounding the venue was not secure enough to keep out unauthorized subjects.

FBI investigators have not established a motive for the Garlic Festival shooter, who had been a longtime Gilroy resident.

Legan breached the fence with an assault rifle as well as a bag containing multiple magazines loaded with ammunition, investigators have said.

The Garlic Festival Association has canceled the 2020 festival due to the Covid-19 pandemic. 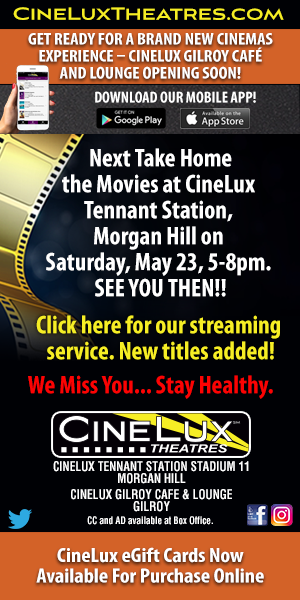