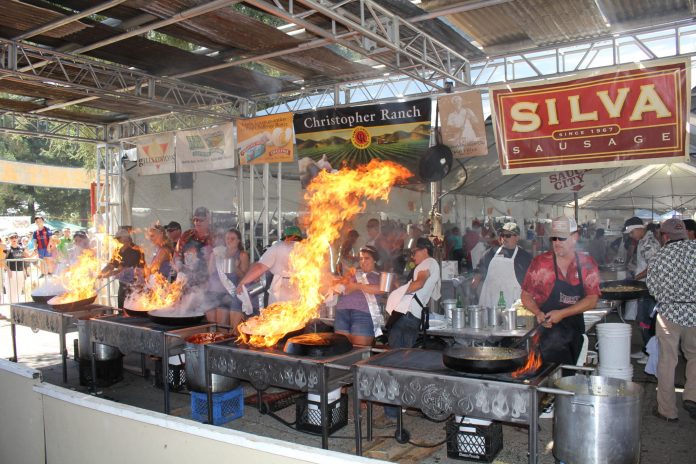 Is there room in the garlic game for two California cities? Fresno is coming after Gilroy’s garlic crown.

Gilroy’s official city motto is “The City with the Spice for Life” and it proudly proclaims itself  “Garlic Capital of the World”—but there’s another city now claiming ownership of the cloves.

On Tuesday May 28, the city of Fresno is set to host its first-ever Garlic Festival, and is calling itself “the true Garlic Capital of the United States.”

Gilroy has branded itself on the special spice, hosting the three-day Garlic Festival in late July for the last 40 years. Executive director of the California Fresh Farmers Market Association and the founder of the Fresno Garlic Festival, Peter De Young, promises the Fresno festival is not meant to rival Gilroy’s historic garlic weekend.

De Young believes there’s enough of a garlic craving to support two festivals in the state. He said he’s been a fan of the Gilroy festival and wants to bring the same energy to the residents of Fresno.

Bowe shared De Young’s sentiment, that there is enough garlic love to go around. “I think the more communities that are celebrating garlic the better. I’m glad that Fresno is spicing things up,” said Bowe.

“Christopher Ranch is the country’s largest garlic grower,” said Christopher. “At any given time, Gilroy, California is home to the northern continents largest home for garlic.” He said he wished the Fresh Farmers Market Association had reached out to Christopher Ranch to do cross marketing and that they will in the future.

In an interview, Christopher said, “It’s cute, but it’s not necessarily close to anything we’re doing.”

De Young lamented that Fresno didn’t want to cause a stink with its new festival.

“We’re just looking to create our own event and our own sale,” said De Young.”I think there’s plenty of garlic eaters to sustain two garlic festivals, if not more later down the road.”