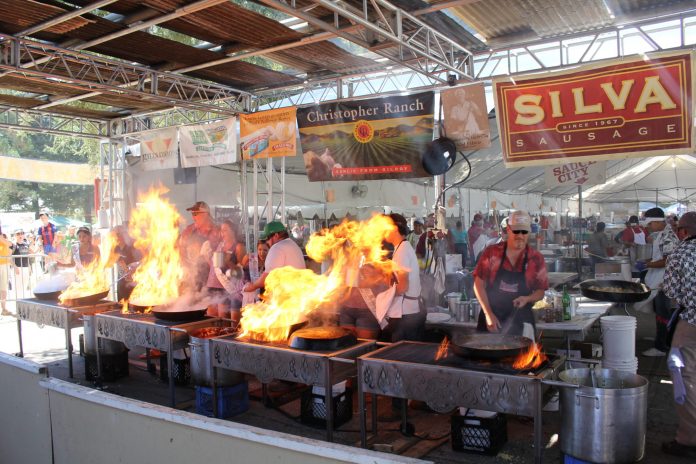 The Gilroy Garlic Festival has been postponed to 2021, organizers announced March 20.

In a statement, festival organizers said the COVID-19 pandemic has forced the cancellation of the 2020 event.

“Given the unprecedented national emergency we face and its unknown trajectory, we must put the health and well-being of our community first,” the statement read. “Sadly, this means we are unable to host the festival this year.”

“The Gilroy Garlic Festival Association looks forward to welcoming you in 2021 for the best festival ever,” organizers stated.

The 2020 iteration of the festival was scheduled for July 24-26 at Christmas Hill Park. This year was to mark the one-year anniversary of the mass shooting on July 28, 2019 at the Garlic Festival that left three people dead and injured 17 others.

In January, the festival began accepting applications for vendors, artists and entertainers for the 2020 event, with a deadline of March 13.

The Gilroy Garlic Festival is also searching for a new leader following the departure of longtime Executive Director Brian Bowe earlier this year. A job listing for a chief executive officer lists the salary range as $100,000-$150,000 for the position that reports to the festival’s board of directors.

In recent years, the festival, which was founded in 1979, has drawn more than 80,000 people annually. More than 4,000 volunteers are needed for the event that benefits over 150 local charities.