As Haley Leifheit looked out in the crowd and saw her loved ones, she couldn’t help but well up with tears. Leifheit, who was in Morgan Hill on Aug. 14 to accept the Gavilan College Student Athlete of the Year award, reflected on the long journey that got her to this point.

“I went up there to give a speech and basically got teary-eyed and choked up,” said Leifheit, a former San Benito High standout. “It was cool to be standing there and looking out at all the people who helped me all the way through my Gavilan College experience.”

The award goes to the student-athlete who excelled in academic achievement, leadership, athletic contributions and involvement in the community. Leifheit, who will be transferring to UC Santa Barbara for the 2018 fall semester, certainly graded high in all those areas.

In addition to being a beach volleyball and indoor volleyball standout, Leifheit earned a 3.98 GPA last year and has served as an assistant coach on the Rush Volleyball Club. On the beach, Leifheit teamed with Mikeila Banda to form Gavilan’s top pair. The duo advanced to the California Community College NorCal Pairs Championship.

Leifheit was equally spectacular indoors playing the right side, helping lead the Rams to back-to-back Coast Conference championships while posting a team-high 163 kills. The most impressive part? Leifheit did this while playing a new position after playing middle blocker the previous season.

“It was a nice change but also a challenging one,” she said. “I liked hitting from the right side and the different pace of the position. The sets are a lot lower when you’re the middle, so you have to be quicker. So the transition was rough at first, but I had some great setters in Christa Arroyo and Greyson Gilroy, who gave me awesome sets and eased my transition.”
Leifheit became the fourth women’s indoor volleyball player to win Gavilan’s top student-athlete honor, which started in 2008. Erica Chapa and Emily Burley-Tonascia, a pair of former Balers standouts, and Tessa Fischer were the others. Leifheit enjoyed both the indoor and outdoor game equally, as there are unique differences in the sports.

“The indoor game is great because you can jump higher and hit harder, and it’s a little more intense in that way,” she said. “But I really like the beach and prefer it a little more because you’re more involved in every play. It’s only you and your partner, and it comes down to communication. Every little thing you do affects the play on the court.”

Gavilan volleyball coach Kevin Kramer realizes how fortunate he is to have athletes like Leifheit come into the program.

“She’s the type of student-athlete you hope comes into the program, and we were lucky enough to have her a couple of years,” Kramer said. “I’m sad that she’s gone, but was super stoked to see it was Haley who won it. She’s so deserving of it from an athletic and academic standpoint. It’s the kids like Haley who have made us so successful over the years, kids like Erica Chapa, Emily Burley, Tessa Fischer. Kids who are extremely hard working and didn’t need to go to the community college route, but continued to pursued the opportunity to play. The fact that we get these kids to trust in the process and be a part of their journey and help them along is great.”

Only Leifheit truly understands how far she’s come. Leifheit suffered a dislocated right knee in her sophomore season at San Benito High, then dislocated the same knee during her junior year. After the second dislocation, Leifheit couldn’t help but think her career might have been over.

“The second time it happened, I was just jogging back (to the endline) to serve,” she said. “I knew immediately what happened, and you almost get it in your head that this is it and it’s over.”

However, Leifheit’s resiliency proved decisive. After the initial shock of suffering a second dislocation in as many years, Leifheit attacked the rehab process in the same manner in which she played volleyball—all out.

“I just knew I had to stick with rehab and get back in gear because I had to play in my senior year,” she said. “There was no way I was not going to play. I wouldn’t let it stop my journey.”

Leifheit credited John Ceglia—the renowned physical therapist in Hollister—and his team at Focus Sports Therapy for getting her back on track.

“They were the bomb,” she said. “They really helped with my knee and allowed me to get back on the court my senior year and play.”

For now, Leifheit’s college career is over. Leifheit had some scholarship offers; however, the chance to attend UC Santa Barbara was too good to pass up. Leifheit will play on a club team there, and enjoy a little more downtime now that she won’t have to balance school and sports.

“Although I do love volleyball, I wanted to not take it as seriously and see what it was like not being a student-athlete for a change,” she said. “Not that I didn’t love it, but I wanted to see what else was out there and maybe focus on other things.” 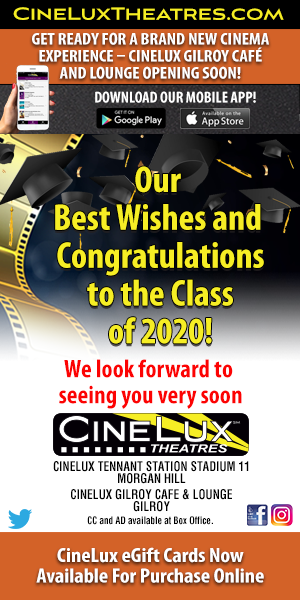 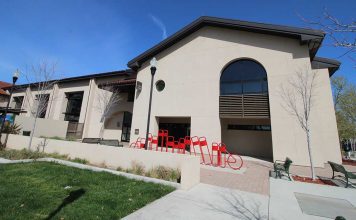