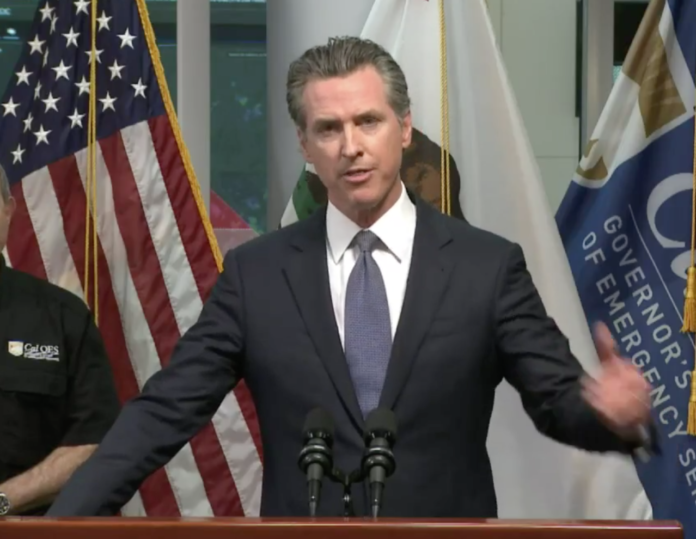 California Gov. Gavin Newsom on Tuesday announced that the state is “setting our eyes on fully reopening by June 15—with commonsense measures like masking.”

Newsom made the announcement via Twitter, and reiterated the state’s plan to eventually forgo the current four-tiered, color-coded reopening system during a press conference in San Francisco.

“We’ll be moving past the dimmer switch, we’ll be getting rid of the blueprint as you know it today,” he said. “That’s on June 15, if we continue the good work.”

At the press conference, Newsom said California has administered 20 million vaccines, including roughly 2.5 million just last week. He said he expects 30 million Californians will have received at least their first shot by the end of the month thanks to increasing supply from the federal government.

In a press release, Newsom said the state would only fully reopen on June 15 if there is enough vaccine for all Californians 16 years and older who want to receive the shot, and if hospitalization rates are stable and low.

California currently has the lowest case rates of any state in the U.S. On Tuesday, state data showed that California’s positivity rate over the last seven days was down to 1.6%—a drastic fall from New Year’s Day when it hit a record high of 17.1%.

There were 1,376 new Covid-19 cases reported by the state Tuesday. There were also seven new deaths in which the disease was a contributing factor.

“Still prevalent, still deadly, still a challenge that we need to tackle, and that’s why we are mindful … of the imperative and importance of not letting your guard down,” Newsom said.

According to a memo from the California Department of Public Health (CDPH), when the state moves past the so-called “Blueprint for a Safer Economy,” all industries will be allowed to fully reopen with limited public health restrictions, including masking and Covid-19 testing.

Schools and colleges will be allowed to conduct full-time, in-person instruction, in compliance with Cal/OSHA emergency temporary standards and public health guidelines.

Employers will also be allowed to bring employees back to the office, so long as they promote policies that reduce risk, including improved indoor ventilation, and mask wearing in indoor and other high-risk settings. Remote work will still be encouraged when possible without impacting business operations.

Additional testing or vaccination verification will be required for large-scale, higher-risk events, according to the CDPH.

The following restrictions will apply: