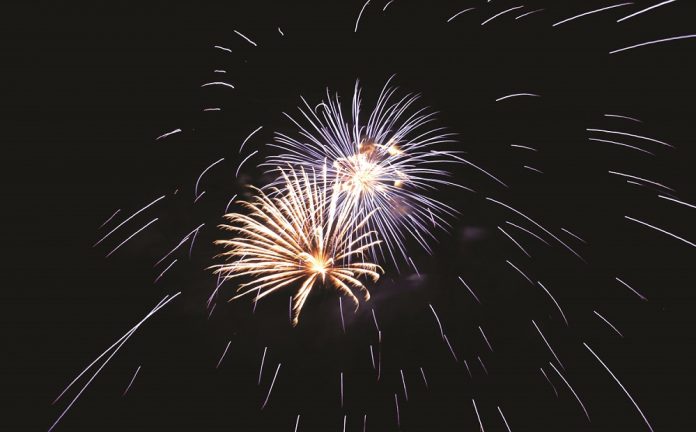 Dry conditions, illegal fireworks are a recipe for disaster

Fire agencies throughout Santa Clara County remind residents that fireworks are illegal, dangerous and can result in fires and injuries that are easily preventable.

Fines will be issued to anyone using, possessing, storing or selling illegal fireworks.

Santa Clara County’s “social host” fireworks ordinance holds property owners responsible for the illegal use of fireworks on their property.

“For the past several years we have been experiencing and continue to face unprecedented drought conditions and an ever-increasing and very serious wildfire risk,” said Santa Clara County Fire Chief Suwanna Kerdkaew. “We need the public’s awareness and assistance more than ever. Help us prevent wildfires.”

A countywide public outreach and education campaign began June 27 to educate residents that when it comes to fireworks, “It’s Not Worth It” and illegal use can result in dangerous fires and serious injuries.

Community members are encouraged to participate in safe and legal activities to celebrate Independence Day.

In Gilroy, the annual fireworks show is set for July 4 at 9:30pm.

The fireworks, which will be set off at Gilroy High School, can be viewed from nearby neighborhoods and Christmas Hill Park.

Wherever the community celebrates, county fire chiefs are also asking the public to be careful to maintain roadway access for emergency vehicles.

“If we can’t get to the fire, we can’t put it out,” Gilroy Fire Chief Jim Wyatt said.

The City of Gilroy issued a high fire risk notice through July 5 due to extremely dry conditions and the use of illegal fireworks.

Illegal fireworks are prohibited at all times in all areas of the city.

“Safe and sane” fireworks, those that do not explode or leave the ground, are sold within the city but are prohibited in any high fire risk Wildland Urban Interface areas of the city.

Gilroy residents can report firework violations anytime via email to [email protected] or by calling the non-emergency line at 408.846.0350.

When reporting firework violations, residents are advised to include the address and specific location of the violation.

Provide as much detail as possible, including:

• Exact location or address where fireworks are being used

• Name of offender(s) if known or description

• Date and time or usual times of occurrence

• Attach/upload photos or videos if possible

• Indicate whether you wish to be contacted or remain anonymous

Email reporting is not monitored 24 hours a day. Do not call 9-1-1 to report fireworks, unless it is an emergency.

Drive safe over the weekend

The Gilroy Police Department is also reminding drivers to plan ahead and celebrate the holiday safely and responsibly.

Through July 4, Gilroy Police will have additional officers on patrol looking for drivers suspected of being under the influence of alcohol and/or drugs.

In 2020, nearly 500 people were killed in crashes throughout the country during the Fourth of July weekend. Of those deadly crashes, 41% involved alcohol.

“If you plan on drinking this weekend, plan on a safe and sober ride home,” Officer Rene Arbizu said. “Think of your loved ones, friends and family before thinking about driving after you’ve had a few drinks.”

According to AAA Southern California, more than five million Californians will travel over the Fourth of July holiday. With most traveling by car, allow extra time to get to your destination.

While some festivities may include alcohol, driving under the influence also includes impairment from prescription drugs, over-the-counter medications and marijuana.

If you are hosting friends and family for barbecues and watching fireworks shows, offer nonalcoholic drinks for designated sober drivers and monitor who is drinking. If you see people leaving who have been drinking, offer to have them stay the night or make arrangements for them to take a sober ride home.

If you see someone who appears impaired or driving recklessly, call 9-1-1.

Funding for this program is provided by a grant from the California Office of Traffic Safety, through the National Highway Traffic Safety Administration.