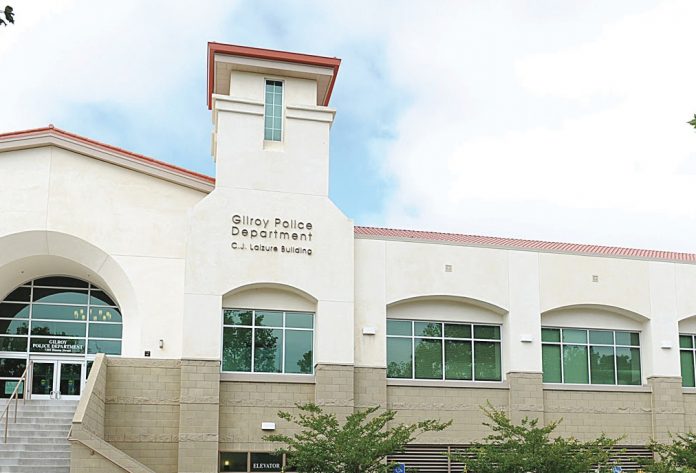 A U.S. District Court judge this week denied a request by the City of Gilroy to toss a lawsuit by a former employee who alleges she was harassed and fired for refusing to engage in sexual promiscuity within the Gilroy Police Department, according to the plaintiff’s attorney.
Attorneys for the city, who represent GPD in the case, and for plaintiff Patricia Harrell, a former senior public safety communicator for the city, appeared May 24 in Northern District of California Judge Lucy Koh’s courtroom in San Jose. The purpose of the hearing was to argue the city’s motion to strike Harrell’s lawsuit. The city filed this motion Feb. 1.
Gilroy Human Resources Director LeeAnn McPhillips said in a May 31 email that the judge declined to hear oral presentations on the motion to strike, and instead opted to rule based on written documents submitted to the court.
On June 5, Harrell’s attorney Andrea Justo of the Costanzo Law Firm said Koh “denied almost all the requests the city and Gilroy Police Department has made” in their motion to strike the case.
The next hearing in the case is scheduled for July, when Koh is expected to rule on a number of issues related to additional motions, Justo said.
The city still has not yet addressed the specific allegations of Harrell’s lawsuit, which alleges an ongoing sex scandal within the Gilroy Police Department, in court filings. The Feb. 1 motion to strike argued that Harrell has flouted the court’s previous instructions and other established legal regulations.
McPhillips previously told the Dispatch that the city and police department expect the court to ultimately rule in their favor, and in favor of the former and current city employees named in Harrell’s lawsuit.
Harrell was fired from the Gilroy Police Department in March 2016 after 26 years of employment at the department. Her complaint lists numerous violations by the city, the police department and other defendants that contributed to her termination: age discrimination, gender discrimination, sexual harassment, failure to investigate or take corrective action, retaliation, negligence, assault and others.
Harrell, who said she has been “happily married for 29 years,” lists numerous instances illustrating “a culture of sexual activity within the department” in her complaint, which she initially filed in August 2017. She accuses two Gilroy police officers of having sexual intercourse with members of the Gilroy Police Explorers, a youth public safety program that admits children as young as 14.
Harrell also details that Gilroy police officers and staff would participate in “key parties” when off duty, in which a participant would draw a car key from a bowl and have sex with the owner of that key. At other parties, Harrell observed male and female officers groping and fondling each other, her complaint states.
On one occasion, a female colleague of Harrell’s showed attendees at a party a piercing on her genitalia in the presence of children, she said in court papers.
Harrell alleged she was fired for warning other dispatchers about the behavior. She said she was threatened, investigated, harassed, called names and subjected to unwanted sexual advances as a result of speaking out against the alleged sexually charged work environment and off-duty parties.
She was fired three years before her full retirement age, according to her complaint. Harrell claims she has suffered lost income and other financial benefits, personal injury, emotional and mental distress, humiliation and anguish.
One of the officers named in Harrell’s amended complaint, Royce Heath, was disciplined by his superiors, though the reason was never revealed. City staff say they cannot talk about the specifics of their case against Heath, which began seven months before Harrell filed her lawsuit.
The case was transferred from local Superior Court to the federal court shortly after Harrell filed the complaint.
The city hired San Francisco law firm Hirschfeld Kraemer LLP to represent the City of Gilroy and the police department in the lawsuit.