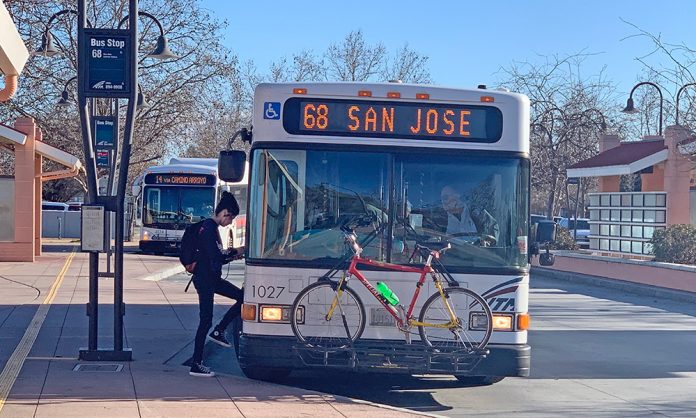 The Santa Clara Valley Transportation Authority’s draft 10-year outlook for Measure B has received sharp criticism from South County officials, who say the agency is going against the voters by allocating most of the funds away from street repair.

VTA staff, however, say the plan is in its early stages and nothing is set in stone.

Measure B, a 30-year, half-cent countywide sales tax, was approved by nearly 72 percent of county voters in 2016. Revenue from the tax, which is expected to generate $6.3 billion over its life, goes toward transportation projects.

The largest portions of revenue are expected to go toward street maintenance throughout the county and an expansion of the Bay Area Rapid Transit (BART) from downtown San Jose to Santa Clara. BART funding is limited to 25 percent of the total revenue received from the tax.

Each city is allocated a portion of the funding annually for road improvement, with Gilroy receiving roughly $1 million yearly. Morgan Hill is expected to receive $800,000 annually.

But members of the VTA’s Policy Advisory Committee on Nov. 12 rejected the agency’s draft 10-year plan when a spreadsheet showed that no funds would be allocated to local streets and roads through 2032. The bulk of the funding, meanwhile, was allocated to BART, with $661 million estimated in 2025.

Gilroy Mayor Marie Blankley, who serves on the committee, said the focus on BART for the next 10 years is “unconscionable.”

“In Gilroy, if not all cities in Santa Clara County, the loss of annual Measure B revenue for the maintenance of our streets would be devastating,” she said. “The point of this 30-year sales tax increase was to have money that cities could plan for and count on to keep their streets from falling further and further into disrepair, among other transportation and congestion relief projects like Caltrain grade separations, highway interchanges, county expressways and the 85 corridor.”

“I am a mayor of a city that is relying heavily on Measure B funds to fix our streets, fix our potholes,” he said. “That’s how I couched it when I asked my constituents to vote for Measure B.”

Marcella Rensi, VTA’s deputy director of grants and fund allocation, said the draft plan did not show allocations toward street maintenance because the board of directors has not yet allocated funds for it past 2021. She said the chart is only meant to begin the discussions on the 10-year plan that will continue over the next several months.

“This is simply an informational scenario,” she told the advisory committee on Nov. 12. “It is not a recommendation. There are no proposals in here. These blank lines should be treated as an opportunity to be filled out in the next few months.”

Although the item was for informational purposes only, the committee voted unanimously to decline it.

Before the VTA’s board of directors meeting on Dec. 3, mayors from Cupertino, Los Altos, Los Gatos, Mountain View, Santa Clara and Sunnyvale submitted letters to the board in opposition to the draft plan. The Gilroy City Council on Dec. 7 passed a resolution opposing the Measure B outlook.

During the Dec. 3 meeting, where the draft plan was presented, VTA General Manager/CEO Nuria Fernandez reiterated that it was for discussion purposes only.

The Measure B budget for 2022 and 2023 is scheduled for consideration in May.