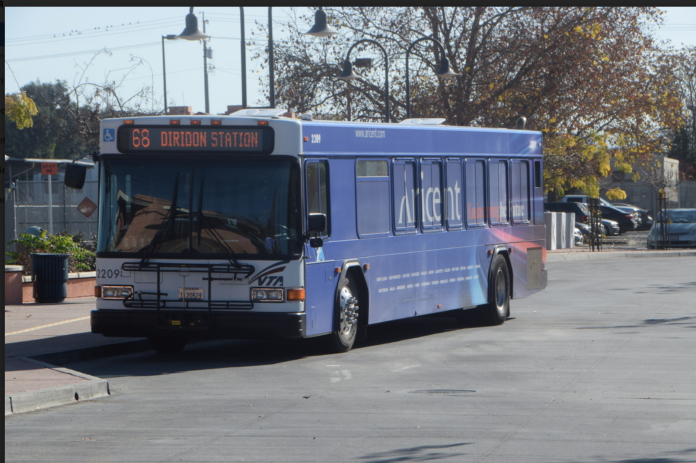 By: Brad Kava
December 15, 2017
1129
1
Starting in January it will cost 50 cents more to take a Valley Transit Authority express bus one way, $20 more for a monthly pass and $220 more for a yearly express pass.
But there’s some good news: Some youth fares will drop on buses and light rail. SIngle bus rides go from $1.75 to $1; a day pass goes from $5 to $3 and a 12-month pass goes from $495 to $330.
Light rail day fares will jump from $6 to $7 for adults and a monthly pass will go from $70 to $80.
Youth light rail fares drop from $5 to $3 and a monthly pass drops from $45 to $30.
Effective January 1, customers will get two-hour fares that include free transfers by using a Clipper card or VTA’s mobile fare app, EZfare. After the first tag on Clipper or upon activating a Single Ride fare your smartphone through EZfare, customers will be able to transfer within the next two hours for free across all VTA bus and light rail service (except Express Bus.)
These free transfers are only available to those paying with electronic fare methods.