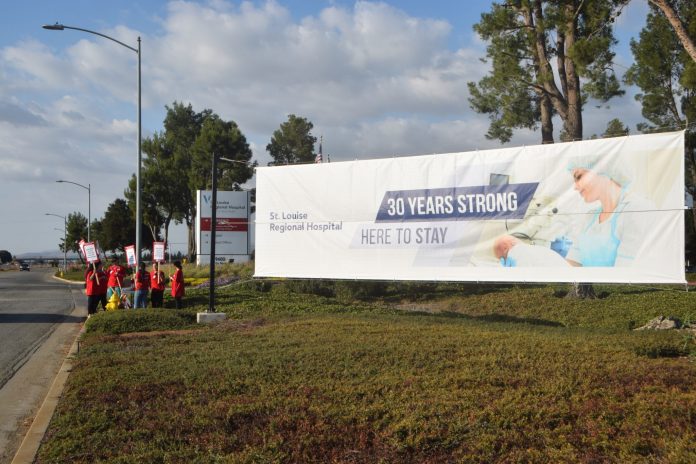 Santa Clara County’s $235 million bid to buy St. Louise and O’Connor hospitals, if accepted, will not negatively affect services offered at the hospitals, pledged County Executive Jeff Smith in an interview this week.

That’s the good news for patients. For employees, uncertainty surrounds collective bargaining agreements currently in place, and pensions will be decided by a U.S. bankruptcy court.

Smith this week said all St. Louise and O’Connor employees would become employees of Santa Clara County if the purchase of the hospitals from Verity Health Systems goes through. Contracts with Service Employees International Union-United Healthcare and the California Nurses Association with Verity Health will be voided, and the new employees would be represented by the current collective bargaining agreements already in place in Santa Clara County.

After the bankruptcy court decides what to pay employees for their current pensions, employees would enter the California Public Employees’ Retirement System as new employees, regardless of currently held seniority.

On Oct. 11, nurses from CNA held an informational picket intended to bring attention to their uncertain future at St. Louise Regional Hospital, whose owner announced in August it would seek protection under Chapter 11 of the U.S. Bankruptcy Court.

Verity Health System CEO Rich Adcock earlier this month described the county’s move as a “stalking horse bid,” which served to set the floor price for the two hospitals at a public auction. Adcock also said Verity asked the U.S. Bankruptcy Court to schedule the auction within the first two weeks of December.

The county’s acquisition of St. Louise and O’Connor would add 451 beds to complement the 563-bed Valley Medical Center. In addition to maintaining the hospitals’ acute care capabilities, Smith said, the county  is committed to instituting charity care policies and community-based health programs, for the uninsured and underinsured patients.

“We will continue services, and actually, we’ll have to increase some services,” Smith said.

The Gilroy City Council on Jan. 23 approved a...