He came to Gilroy as deputy district attorney prosecuting drug dealers and bad financial actors. Mayor Pro Tempore Peter Leroe-Muñoz is a Harvard Law School alum with a first-hand understanding of public safety issues affecting the region. No longer in the running for state Assembly, having dropped out of the race in January, Leroe-Muñoz has two more years left in his term on the City Council. In this Q&A he addresses a major project’s effect on the communications capabilities of law enforcement and emergency responders across the region, as well as a rumour about his residency.

DISPATCH: What is the Silicon Valley Regional Communication System (SVRCS) and how will it impact Gilroy public safety? Why is it important, and how much does it cost the city?

SVRCS is important to Gilroy because it will strengthen the connection between our local law enforcement and responders and their regional counterparts. In the event of an emergency, Gilroy will be able to communicate across numerous agencies, something that is presently difficult among many governmental bodies using a variety of communication networks.

Participating cities in the County all pay a proportional share into SVRCS, based on population. Gilroy’s cost is $281,418 for three years. Ongoing annual maintenance costs will be $110,725, with a less than 1 percent increase each year.

DISPATCH: As a council member who serves on a joint powers authority, representing Gilroy and Morgan Hill on the Silicon Valley Regional Interoperability Authority (SVRIA), which is facilitating the SVRCS project, do you feel there is a divide between jurisdictions in the north and those in the south? How do you ensure your input and the needs of your constituents are prioritized within the region? What are some cross-regional success stories?

LEROE-MUÑOZ: In addition to serving on the SVRIA, I also serve on the Cities Association of Santa Clara County, and the Santa Clara Valley Water Commission. Working on these regional bodies, I recognize there are sometimes great differences in the circumstances and interests of cities in the northern county and those in the southern county. Ensuring that South County constituents and their interests are heard depends on vocal advocacy during these meetings. I have found my colleagues to the north to be open to hearing about our concerns, and even though we may not always agree, we always respect each other.

There have been several cross-regional success stories. One such success is that the Santa Clara Valley Water Commission has consistently preserved water rates which are lower in South County than in North County. This reflects our water usage in Gilroy, as well our storage and distribution costs. There are often efforts from some North County representatives to raise our rates, but I have advocated against such increases and worked with my North County colleagues to ensure our rates remain fair.

DISPATCH: You supported the city joining the Silicon Valley Clean Energy Authority and said looking at how well the city made efficient use of its natural resources, including energy and water, was a topic of interest to you in a previous Dispatch article. Do you feel climate change and working towards greenhouse gas emission reductions are prioritized by the city? How well does the city make effective use of its natural resources?

LEROE-MUÑOZ: I think the city has made important strides in addressing greenhouse gas emission reductions and recognizing that we need to be efficient in how we use resources. Doing so is important on several levels, including meeting the city’s goals in its climate action plan, as well as planning for the future sustainability of our community. Building an energy-efficient library, and the recent council decision to switch select vehicles to natural gas illustrate successes in using our natural resources efficiently.

I am also glad to see that my council colleagues joined me in supporting Community Choice Energy (CCE) and joining the Silicon Valley Clean Energy Authority. I thank city staff for working hard to address any concerns the council may have had prior to the vote. CCE will go a long way to reducing Gilroy’s greenhouse gas emissions, and empowering consumers to choose greener sources of energy.

I look forward to working with our staff to find additional energy and cost efficiencies in city operations.

DISPATCH: You came to Gilroy as a deputy district attorney. What is a memorable case and why? What can you say about the relationship between the Gilroy Police Department and the district attorney’s office?

LEROE-MUÑOZ: I have prosecuted many criminal offenders, and can recall numerous memorable cases, including several against regional drug dealers. However, the one I remember most was a case against a pair of juvenile gang members who inflicted severe head trauma on their next door neighbor. The victim was attacked outside his home and was left unconscious in the street. Initially, he was unable to recall details of the assault. After considerable medical treatment and therapy, he was able recount the events of his attack.

Despite threats from the gang members, he bravely testified in court, and his attackers were found liable. His courage in the face of violence, and his determination to be heard in court, still inspire me to this day.

We are lucky to have the Gilroy Police Department serving us. Police Chief Turner is a strong leader who goes above and beyond to serve our community. She spends much of her free time working with the Silicon Valley Regional Interoperability Authority, and the Gilroy Youth Task Force. She and the department are well-respected by District Attorney Jeff Rosen, as well as by other law enforcement officials throughout the county.

DISPATCH: Your wife maintains a residence in Berkeley. How often are you in Gilroy? How does maintaining two households impact your ability to serve Gilroy residents as a member of the City Council?

LEROE-MUÑOZ: Actually, my wife does not maintain a residence in Berkeley, but rather works on the Peninsula, and spends much of the work week up there. Although we may not spend as much time together as we would like, I have more flexibility to focus on city matters than I might have if I had family obligations during the workweek. 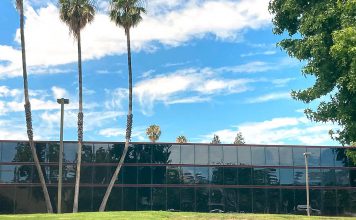