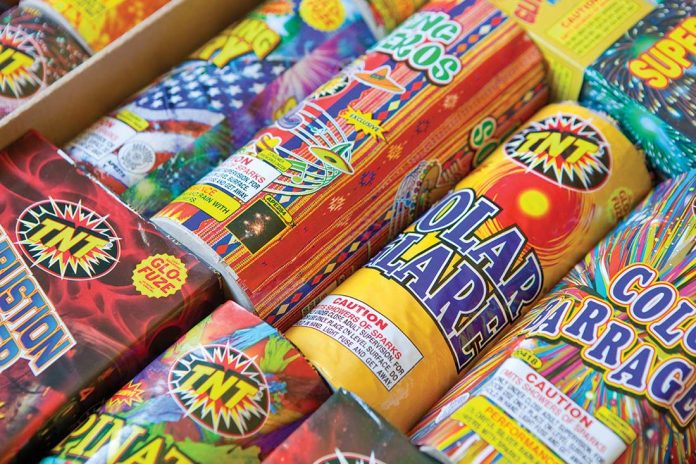 Editorial: These booms aren’t worth celebrating

For years, Gilroyans have been bombarded with the near-nightly sounds of explosive devices being ignited.

Naturally, many go to social media to complain and share horror stories with other like-minded residents, lamenting on why the police and fire departments are allegedly sitting on their hands, or why the city council doesn’t take action.

No amount of policymaking or patrolling from law enforcement will curb this problem. Neither will grumbling about it on social media, unless we take action.

With high-definition recording devices attached to our bodies nearly 24/7, it’s easier than ever to capture evidence of M-80s or other explosives lighting the night sky. Hear a loud bang? Grab a phone, step outside and hit record.

California penal code states that being in possession of a destructive device could result in up to three years in prison and a fine of up to $10,000.

Catching these suspects is a difficult task, police say, as the sound travels far and its source is nearly impossible to pinpoint.

But to make matters worse, many who complain over the internet have admitted they know the location of the perpetrators but are reluctant to call it in, for fear of retaliation.

The situation, if not controlled, could turn deadly this year. Santa Clara County is mired in extreme drought, according to the U.S. Drought Monitor, which is progressively worsening weekly.

It won’t take much for a spark to ignite the dry vegetation, and we were all reminded of that grim reality when flames scorched four acres in the Uvas Creek Levee on June 18. Cal Fire suspended outdoor burning in the county in May.

The loud booms are more than a fire hazard. They can torment combat veterans suffering from post-traumatic stress disorder, and send pets running for shelter, possibly getting lost in the process.

We were encouraged by an April report in Morgan Hill, where a man was arrested for being in possession of illegal fireworks, thanks to reports from residents.

That’s what it’s going to take in Gilroy. See something, capture it, say something.

So-called “safe and sane” fireworks may be legal in Gilroy, but that doesn’t mean they aren’t without risks.

These sparklers can still blind and burn skin. They can ignite house fires and wildfires. They can kill or maim pets.

So if your celebrations of our nation’s birthday include sparklers of several types, please:

• Observe local laws regarding the use of fireworks.

• Use only fireworks approved by the state fire marshal.

• Use common sense, and always read and follow the directions on each firework before using it.

• Have a responsible adult present whenever fireworks are used.

• Never point or throw fireworks at anyone.

• Light only one item at a time and keep a safe distance.

• Never experiment with or alter a firework.

• Never carry fireworks in your pockets.

• Put used fireworks in a bucket of water, and have a garden hose or fire extinguisher nearby to extinguish flames if necessary.

The “safe and sane” designation assumes another very important ingredient: common sense. Fireworks will kill and injure thousands across the U.S. over the next weeks. Don’t become a statistic.