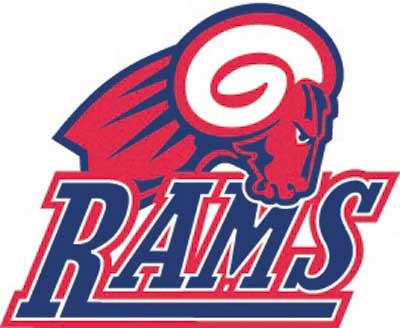 The Gavilan men’s basketball team will go for win No. 7 tonight as the Rams continue to climb the state rankings thanks to their perfect 6-0 start.
The Rams are ranked No. 6 in California and No. 3 in Northern CA, sitting just behind Sequoias (No. 2 overall) and San Francisco City College (No. 3 overall) according to the California Community College Men’s Basketball Coaches Association.
This is the first time the Gavilan men have ever been ranked in the state.
The Rams will face one of their biggest tests early as they travel to No. 11 ranked Las Positas tonight.
But Gavilan has already been tested, having to mount a second-half comeback against Merced to improve to 6-0.
Gavilan trailed 35-34 at the half against Merced on Nov. 15.
The Rams went on to win by 21.
As Gavilan continues its torrential pace to kick off the 2017-18 season, the Rams have shown they can persevere as well as dominate on the court.
The Rams won their sixth game in a row, taking down Merced 85-64 behind a 51-point second half effort to remain perfect at the start of the season.
“I really don’t think our guys were overly focused at the tip and we talked a lot about that at halftime,” said coach Derek Jensen. “We made some adjustments and I thought our energy was fantastic coming out of the gate in the second half.”
Jensen said he’s not overly vocal on the sidelines because he knows his players understand what he is trying to get them to do. He said with the buy in he’s seen already, there’s not stopping the team from accomplishing its goals for this season.
Brian King had 25 points to lead the Rams, including 17 second-half points to lead a scoring barrage that took a close game and turned it into a blowout.
Gavilan and Merced were tied at 49 midway through the second half and the Blue Devils were within one at 56-55 when the Rams pulled away.
Led by Kings’ 3-point shooting, Gavilan went on a 13-0 scoring run that effectively put the game out of reach.
The Rams locked down on defense and controlled the glass the entire way.
Gavilan out rebounded Merced 56-31 led by Xander Bowers’ 16 boards to go with his 10 points.
Ja-Mont Wilson followed by pulling down 11 boards to go along with his 10 second-half points.
“With Ja-Mont it’s just a matter of focus. He came out a little lackadaisical tonight and we talked about it at halftime. He was the first to apologize to the team for his effort and I think he came out in the second half playing like he’s capable of playing,” Jensen said. “At 6-8, 240 he’s able to do some things that not a lot of big men can do, so I was happy to see him play with some energy and get some confidence.”
Ibn Zaid had 19 points to be the fourth Ram to finish in double figures.
“We really stress team play. We’ve talked a lot in the months leading up to the season about ball reversals and team touches. It’s really establishing an identity of playing as a team and playing unselfish.”
Gavilan started the game slow, trailing by six early in the first quarter as Merced found its rhythm from the 3-point line as well as drawing fouls.
The Rams sent Merced to the line 10 times in the first half, but the Blue Devils couldn’t take advantage, hitting half of their free throws.

After struggling through a one-win season last year, the...
Gavilan College

From strictly a won-loss standpoint, the Gavilan College football...